West Worcestershire MP Harriett Baldwin has supported efforts to put the foot on the gas to find alternatives to petrol and diesel vehicles. 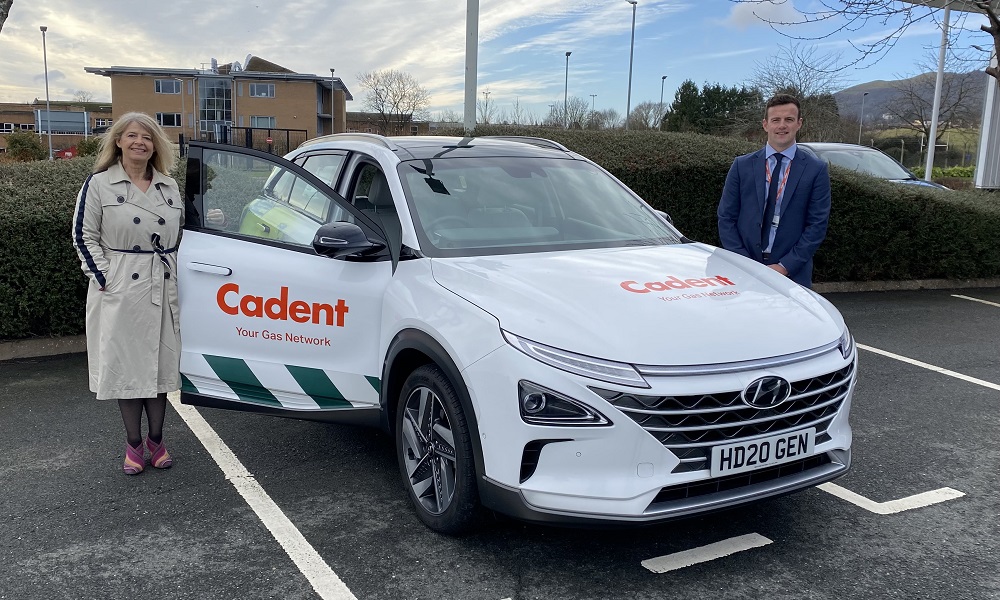 Harriett took a test drive of a hydrogen-powered Hyundai and was briefed on plans by Cadent to prepare for the roll out a hydrogen network as a replacement for our reliance on natural gas and combustion engines.

Cadent is already future-proofing its pipe network as the Government develops a hydrogen strategy for how to include central heating systems.

“We all know that the electricity network is much in demand so it is important that we look at valid alternatives, including hydrogen to heat our homes and businesses and for our commuter journeys.

“I’ve been a supporter of electric vehicles and having now tried a hydrogen-powered vehicle, I am similarly impressed. There are some very viable alternatives available for those who want to move away from the traditional combustion engine.

“The use of hydrogen – and which type of the gas - is still the subject of some debate but I am grateful for Cadent to take the time to talk me through this issue and share some of their views on the way forward.”

“We were hugely grateful to Harriett for taking the time to talk to us and take a drive in the hydrogen car.

“The mains replacement work we are doing is important from a safety perspective, but it is a crucial step to ensure our network is able to carry hydrogen to people’s homes and business in the future, where it will be needed.

“As we await for a decision from Government on hydrogen’s full role in helping us deliver net zero, it’s important we continue to do what we can to future-proof our network now. We’ll be investing £288m over the next five years to secure this greener future for Worcestershire’s gas distribution network.”