West Worcestershire MP Harriett Baldwin unveiled a plaque to celebrate Malvern suffragette Elsie Howey on the anniversary of women first being given the right to vote on the same basis as men in elections. 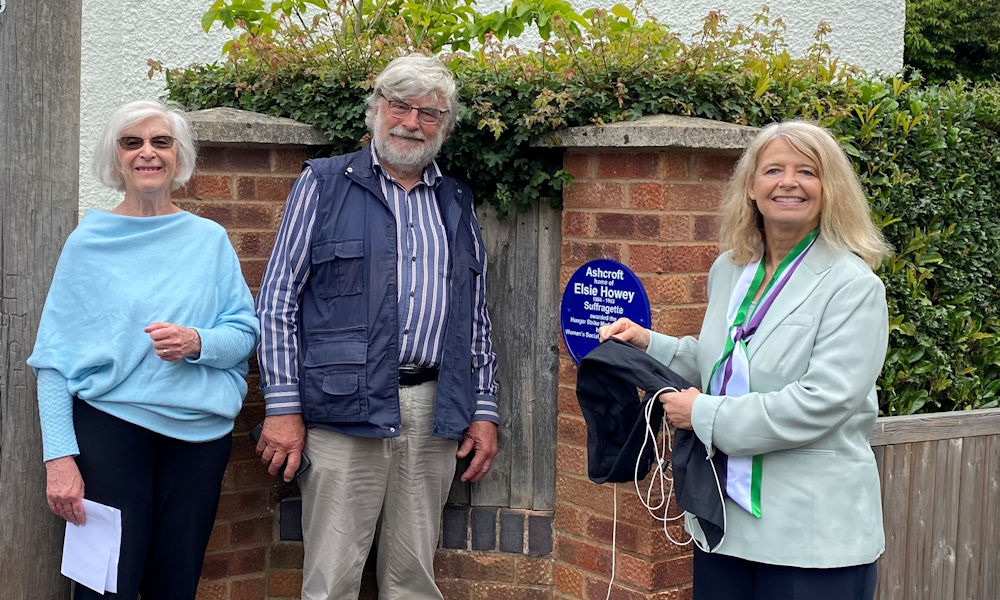 The MP was invited to unveil the plaque by Malvern Civic Society, marking the efforts of the clergyman’s daughter who was imprisoned six times for campaigning for votes for women.

Dozens of local people attended the ceremony in Upper Welland at the house where the suffragette lived until she died in 1963.

“I am only the 341st woman to become a Member of Parliament but each day I am thankful for the efforts of campaigners who fought and sometimes gave their lives to bring equality to our country.

“I was honoured to be invited to unveil this plaque to mark the life of Elsie Howey and it was especially poignant to do this on the anniversary of the Equal Franchise Act which gave women the right to vote on the same basis as men.

“It was lovely to see so many people turn out to mark this occasion – especially all the young girls and local people who remember Elsie  – and I hope that telling these stories will inspire more women to come forward to stand.

“I strongly believe that our Parliament will be better with many more female MPs and I pledge to keep working to bring about a House of Commons that has equal numbers of men and women.”