West Worcestershire MP Harriett Baldwin has offered her support to home and business owners who have again been hit by serious flooding. 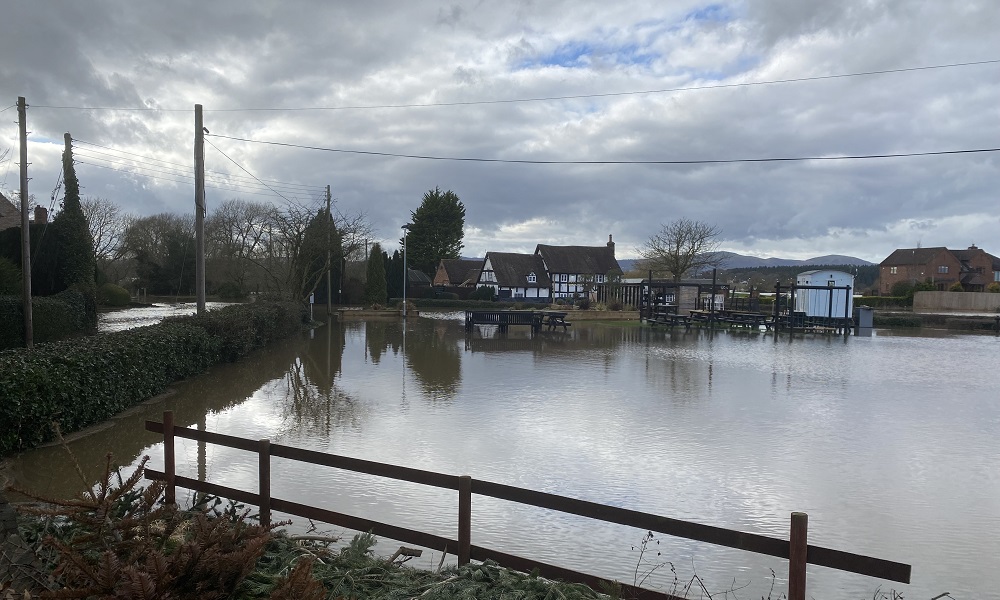 A combination of serious storms and heavy rain has caused the river Severn to flood again, affecting many properties and putting major roads at risk of closure.

Harriett has been working with both the Environment Agency and Worcestershire County Council as teams activate their emergency response plans.

Major flood schemes in Upton-upon-Severn, Kempsey and Uckinghall are being operated and the MP is keeping a close eye on the Powick flood scheme which has been a cause of concern in recent flooding including when it was overwhelmed in 2020.

“My thoughts are first of all with the people who have, again, been affected by flooding. It is a terrible scourge and while the area has become more resilient, it is an age-old problem that is tough to mitigate.

“I’m glad that there are major flood defence schemes in many places including Upton-upon-Severn and Kempsey protecting homes and businesses and keeping large parts of the area open for business.

“Yet west of Worcestershire is again seriously affected by road closures owing to flooding and all eyes once again go to the main Upton road and the Powick roundabout which I hope will stay open as flood waters rise.  I have been reassured that the recently raised Marina road in Upton should withstand these floods.

“And I am deeply saddened that the community of Severn Stoke has flooded again despite all of our efforts to start the building of a permanent flood scheme to protect them and the A38.

“I have passed on requests from the county council to the Government for emergency support. But this must go hand in hand with added urgency for the Severn Stoke scheme which has been far too slow to start.

“The urgency of completing approved schemes like Severn Stoke and Tenbury Wells need to be as high as possible.”