West Worcestershire MP Harriett Baldwin joined cider makers from all over the country to celebrate the world-beating tipple at the heart of Government. 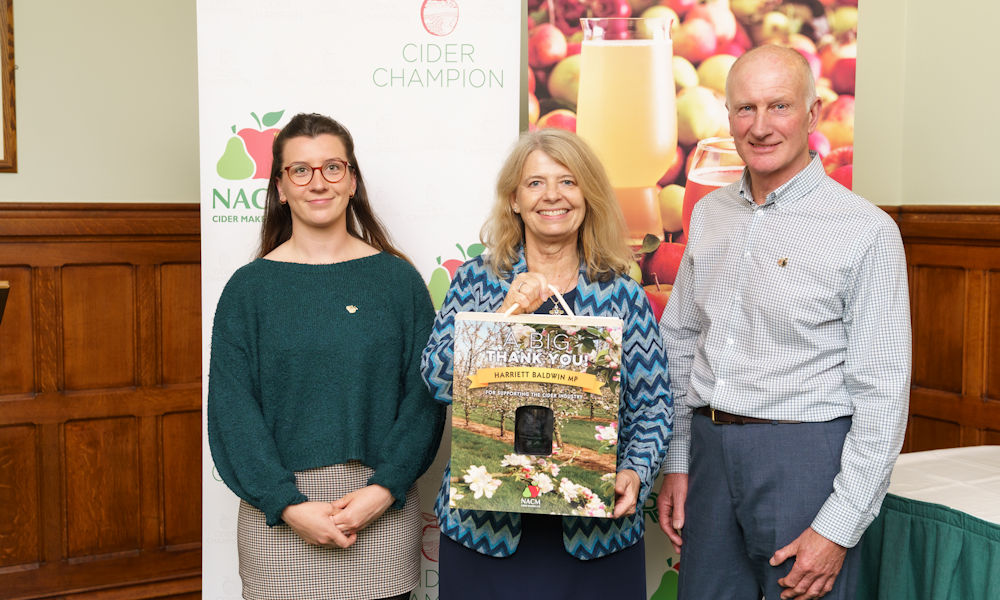 And Harriett was one of a handful of MPs presented with an award by the cider maker’s association to thank her for her support.

Cider produced in West Worcestershire is sold all over the world and it is one of the region’s major exports. The apple trees also make the area look beautiful, especially in Spring, attracting tourists to the area.

In recent years, Harriett has lobbied the Government for a better tax regime to encourage smaller producers to expand.

Harriett was presented with an award by local cider producer Geoff Thompson, of Oldfields Cider, together with his daughter Eliza, at a reception in the House of Commons this week.

“I’ve been a regular visitor at Geoff’s farm and heard his, and other growers’, clear challenges growing apples and producing high quality cider for domestic and international sales.

“Over recent years, the Government has listened to feedback to help to treat cider makers more fairly and I met the Exchequer Secretary this week to raise the issue of tax on fruit ciders which are treated like wine for duty purposes.

“I will continue to be a strong voice for local farmers and local food producers across West Worcestershire.”

“The MPs who were recognised this evening go above and beyond to ensure that our small, rural industry is recognised for its great contribution to the UK and to British culture.

“The continued support of these MPs is critical to sustain the livelihoods of the 11,500 people that rely on the industry”.