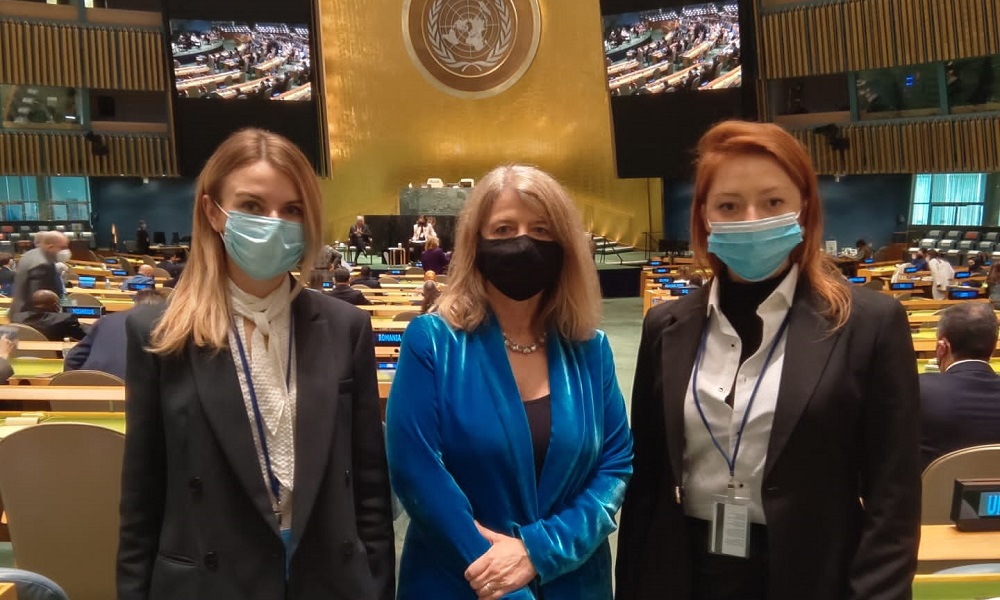 Russian forces expanded further into Ukraine this morning after moving troops into the west of the country earlier this week.

Harriett visited the United Nations last week to meet with global parliamentarians and spoke strongly against the Russian actions. In recent days, she has also been visiting NATO to learn about the international response to this crisis.

“This is clearly the most serious foreign policy crisis since the end of the second world war and the Russian president has defied international law to invade another sovereign country.

“Last week, I stood side-by-side with Ukrainian parliamentarians on the floor of the United Nations to show my support for them, and I look to the international community to do all it can to stand up to this tyrannous Russian action.

“This is a bleak moment for us all and I will be following the Government’s response as we seek to act swiftly and decisively, and stand up to this global bully.”