West Worcestershire MP Harriett Baldwin has called for the county council to review plans to improve road safety along the busy main road in Kempsey after residents shared their concerns. 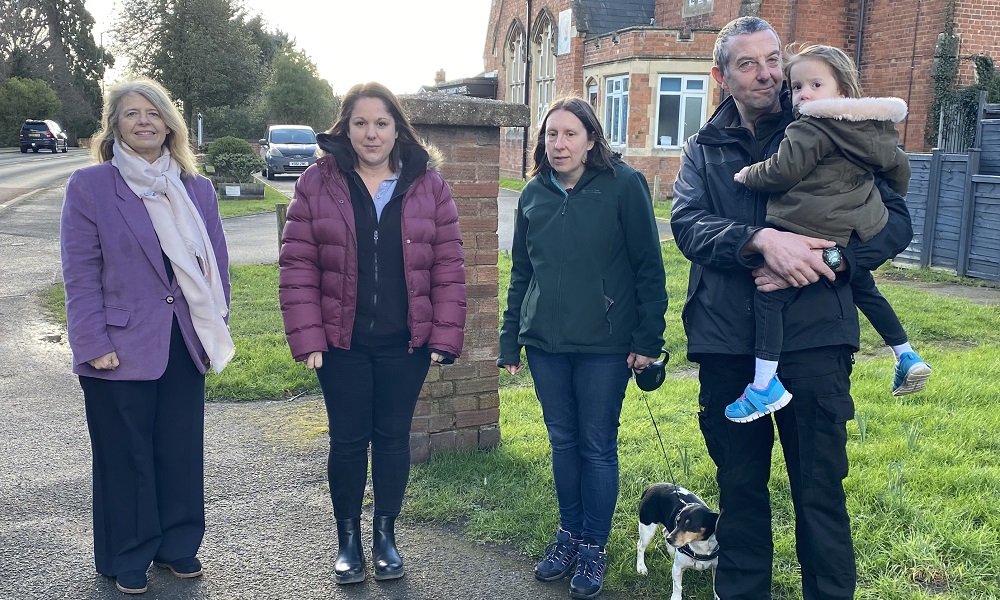 Major house building both in the village, and to the west of Worcester, has seen a significant increase in traffic, and local residents are now concerned at how difficult it is to cross the road safely.

Parents and staff at the local nursery met with the MP to discuss the need for a safe road crossing at the entry to the village.

There is already one crossing in the centre of the village but residents and staff at the Magic Moments Day Nursery have warned that speeding drivers entering the village from Worcester make crossing the road very dangerous.

“Kempsey has grown significantly in recent years and local people have approached me to share their concerns about the increased risk of crossing the road as more people and more traffic enter the village.

“They would like to see a new crossing built to both the road safer for them, and also to act as traffic calming for the whole village.

“I’ve seen successful pedestrian crossings built in Pershore and Hallow in recent years using the funds from housing developers specifically for projects like this.

“There seems to be a logic behind the installation of this crossing to benefit the whole village and I hope that the council will look closely into this proposal.”