West Worcestershire MP Harriett Baldwin has offered her support to a county primary school which is campaigning to improve road safety along a busy main road. 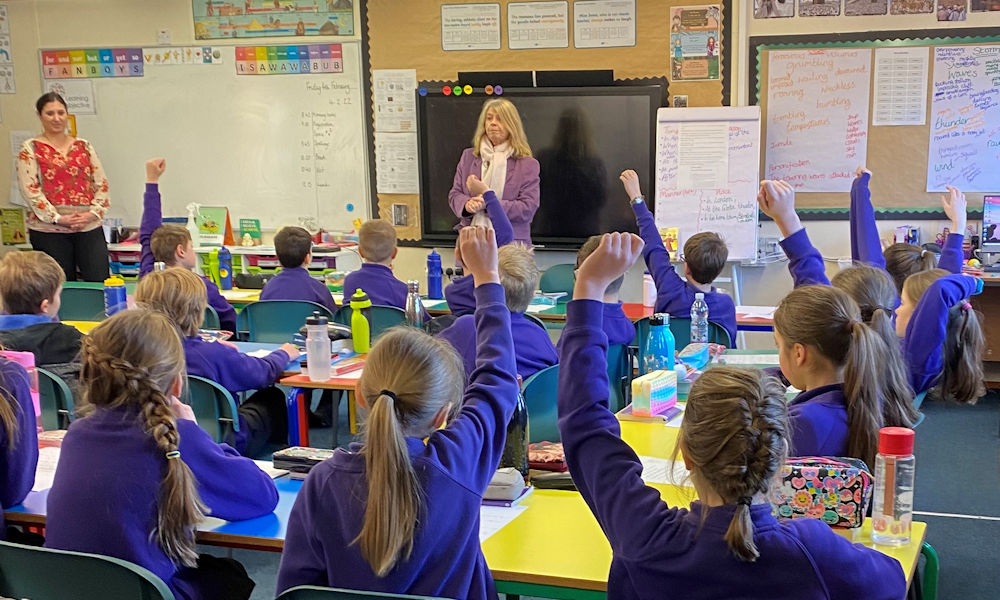 The pupils of Sedgeberrow First School wrote to the MP sharing their concerns about speeding cars along the busy A46 and they coined the phrase ‘don’t be naughty, stick to 40’ to persuade drivers to slow down.

The road has seen a series of serious accidents in recent months and late last year, Harriett wrote to National Highways to share her concerns about the stretch of road running between Evesham and Ashchurch.

The MP visited the school to talk to pupils and to hear their concerns. Many of the pupils are driven to and from school and have to turn left and right across dangerous junctions.

Harriett has been working with the local parishes, who have also shared their concerns, and an action plan is being developed to reduce speed and improve safety for road users.

“The year five pupils wrote me some really great letters, sharing their concerns and telling me about their campaign to get drivers to slow down.

“I wanted to come to chat to them in person and reassure them that I am working hard on their behalf to try and get the authorities to develop a plan to reduce speed as cars approach these difficult junctions.

“This is clearly a serious issue for pupils, their parents and teachers and I’ve agreed to share their messages with the people who are responsible for this road.

“I know that the Police and Crime Commissioner, John Campion, and the county councillor, Liz Eyre, are coming up with some short-term fixes but I’ll keep the pressure up on National Highways to make this issue one of their top priorities.”