West Worcestershire MP Harriett Baldwin has urged the Environment Agency to press on with a proposed scheme to protect the village of Severn Stoke from flooding. 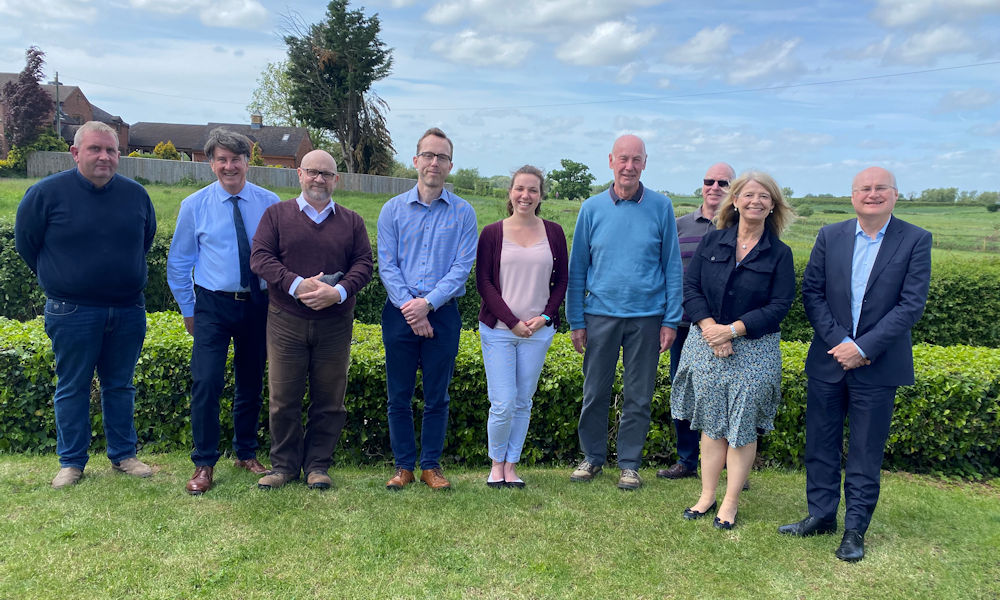 The plan to build a permanent flood defence scheme has been approved by the Environment Agency meaning that work can start protecting homes, the pub and church and the busy A38 road.

Harriett met with the Environment Agency team, Worcestershire County Council, Malvern Hills District Council and other stakeholders in the Spring to make sure that the scheme would be able to proceed this year.

And now she has called for the build to get started as quickly as possible to take advantage of materials which have been allocated from the building of the Carrington Road bridge doubling.

“I am pleased that the Environment Agency has approved its business case, meaning that the scheme can proceed, but now is the time for action and I am eager to see the soil saved from other major engineering projects to be moved to Severn Stoke.

“This whole scheme has only been made affordable because of the access to these materials. We simply have to get going before the winter is upon us and the weather gets worse.

“I’ve been working with local people and the Environment Agency for over a decade and it is good to see another hurdle overcome.

“Villagers have been extraordinarily patient and I really hope that the project team is able to press on quickly to get the scheme underway and completed as quickly as possible.”

Photo: Flashback to May: Harriett Baldwin MP (second from left) gathers stakeholders at the site of the proposed bund to unblock obstacles to construction.