West Worcestershire MP Harriett Baldwin has called for urgent talks with the chairman of Warwickshire College Group to try and help complete the sale of the site and prevent the permanent closure of Malvern Hills College. 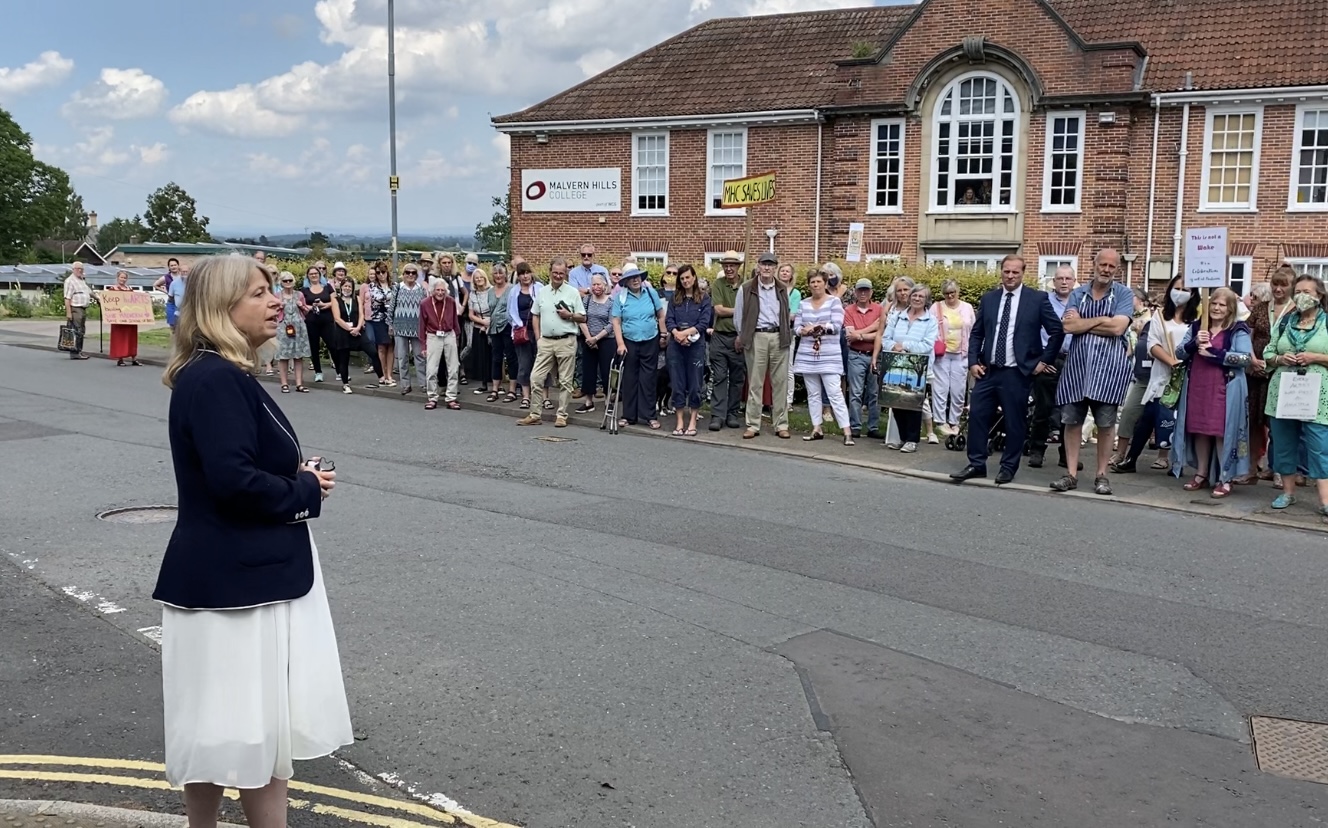 The MP made the offer after meeting with college staff and the community bid team together with Worcestershire County Councillor Marc Bayliss.

Harriett joined staff and local people who take courses at the college at the last day of the summer term.

“It was heartening to see so many local people turn up at the college to show their support and I heard so many individual stories of how people feel the college has played an important part in their lives and has been a precious local asset for nearly a century.

“I agreed to make sure that the Leamington Spa-based board get the message that there is a united commitment in Malvern to keep the covenant in place, which preserves the site for education..

“I’ve contacted the chairman of the board directly to make sure his objections are answered and to send the very clear message that we don’t plan to lift the covenant which protects the college buildings from development.

“A town the size of Malvern needs a fully functioning college and I hope that the end of term is just a temporary hiatus while Warwickshire College Group accept the fair deal that is on the table.”