West Worcestershire MP has praised a business’s green ambition as it looks to deliver on its own environmental pledges.

Harriett visited the family-owned New Leaf Plants in Sedgeberrow to hear first-hand from a leading horticulture business which sells climbing plants like clematis and passion flowers to businesses across the UK. 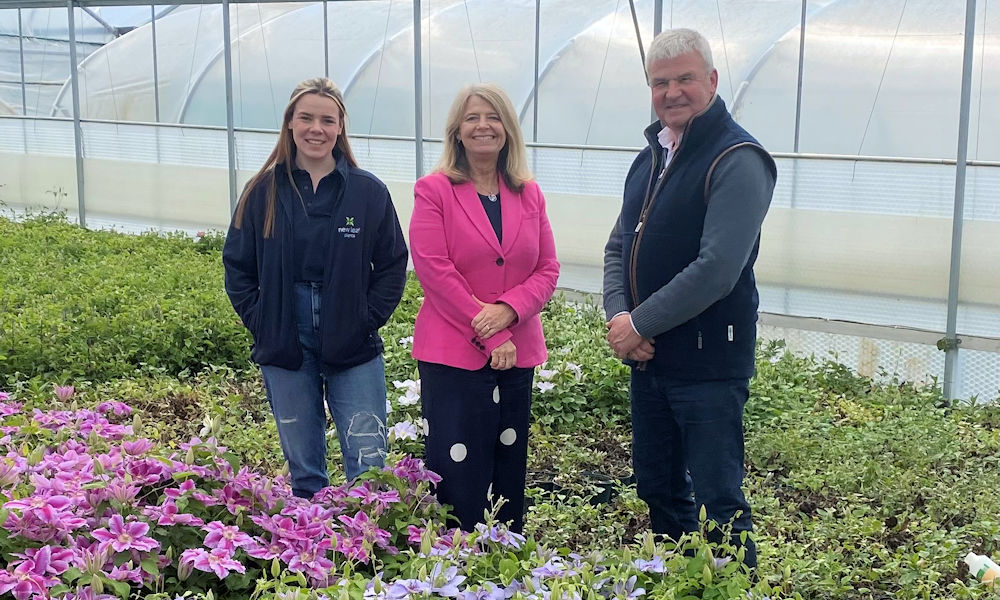 During a tour of the site, Harriett was also briefed on the company’s plans to reduce its environmental impact as well as opting for electric transport on site and preparing to adopt renewable energy sources.

David Higginson bought the 20 acre site in 2015 and now grows clematis and other climbing plants for retailers all over the UK with plans to export to countries including Japan.

David recently featured on a BBC radio programme highlighting the benefits and losses following Brexit including the challenges transporting plants into Northern Ireland.

“I was also excited to hear his plans to be as environmentally friendly as possible using electric vehicles on site, reducing the use of peat and finding cost-effective green heating systems to keep the business operating all year round.

“He also had some useful feedback on how horticulturalists and growers can trade more easily with Europe and I have passed on his useful suggestions to the Environment Secretary.

“He presented a very optimistic view of how his business will thrive and grow and it is exactly the kind of world class business that should be encouraged to export more.  I look forward to seeing New Leaf plants in garden centres as well as showing at horticultural shows throughout the year.”