Worcestershire will celebrate a new chapter in rail travel this weekend with the opening of the new parkway station at Norton.

The opening was welcomed by West Worcestershire MP Harriett Baldwin who has campaigned for nearly ten years for the new Worcestershire Parkway station.

The MP visited the site to see the new construction which is built at the intersection of the Cotswold Line to and from London and the cross-country trains to Cheltenham, Bristol, Cardiff and Birmingham. 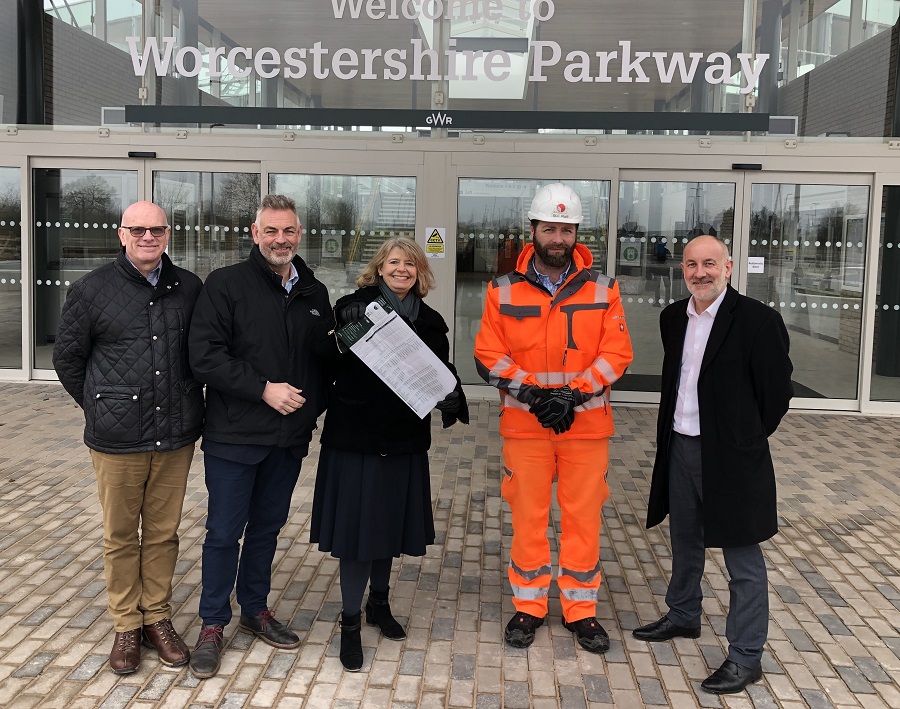 Harriett was given a tour of the station and chatted to new station manager Tim King and Marrick Murphy, who led the construction project.

Harriett commented: “It is great to celebrate the arrival of this new station which will be a huge bonus for commuters trying to get around the country by train.

“It’s a natural intersection of two very busy and popular lines and I’m sure we’ll see more services added as the station usage beds in.

“I’m also hoping that the station will lead to a tourism boost and the opening is being backed by extensive marketing campaigns to encourage more people to come to the county.

“This opening is a huge milestone for Worcestershire and marks the end of a long-running but eventually successful campaign. I know local people will join me in thanking all the people who have helped this project come to fruition.”