A County town will embark on an accelerated twinning process to link up with a Polish town and help refugees fleeing from the war in Ukraine. 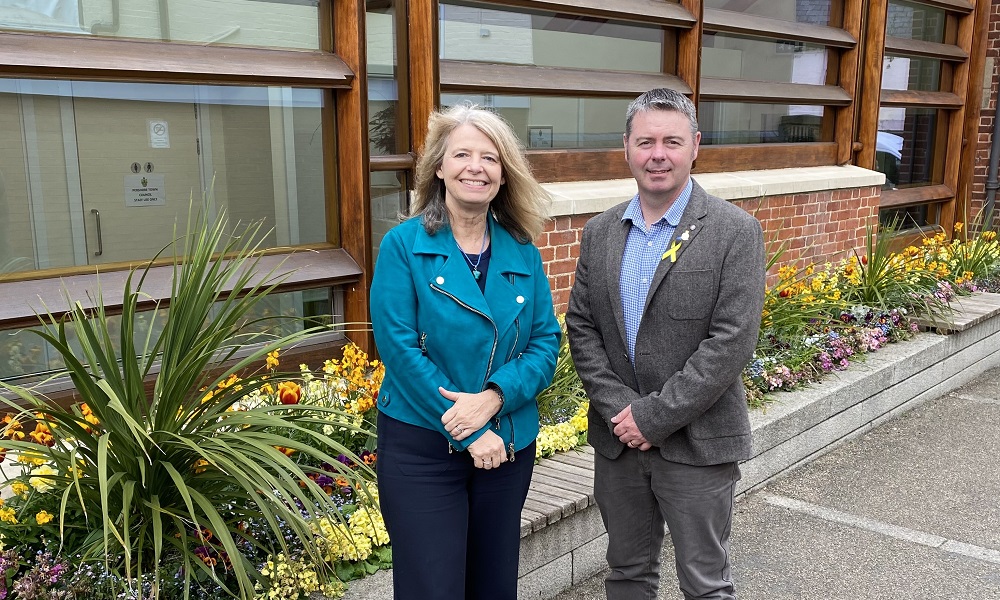 And West Worcestershire MP has agreed to host an urgent call between the mayors of Pershore and Wyry, in southern Poland to start a twinning process and help identify potential homes for refugees.

Over two million people have fled to Poland to escape the conflict, and some will be seeking to come to the United Kingdom while the war continues. Harriett recently met with the deputy Speaker of the Polish Senate, who requested help matching Polish and British towns to collaborate on helping to re-house refugees.

Wyry is similar sized town as Pershore and will work together to assist refugees who want to re-locate to this country.

Harriett discussed the plan with Pershore’s Mayor Julian Palfrey and she is working closely with Worcestershire County Council and Wychavon District Council as the local authorities co-ordinate the support for refugees coming to the county.

“There has been an amazing local response to this international crisis, and I have been working with over a hundred families locally who have agreed to house refugees.

“Poland is currently providing support for over two million people fleeing the war and the international community is working together to put in place a framework for matching refugees with potential hosts.

“When I met with Polish Parliamentarians, they suggested that the twinning network can be a useful network for providing support for Polish towns and cities who are hosting refugees and helping them to find homes.

“The current Homes for Ukraine system relies on finding refugees to host and this will help in doing that rather than relying on social media.

“Of course, many want to stay in Poland so they are able to return home once the war ends but those who wish to re-locate can be matched with local hosts.

“I’ve chatted to Pershore resident Keiran Bingle who is already doing an amazing job helping to find homes for Ukrainian refugees and also met with Ann Dobbins to talk about how the town council can help.

“I’ll be setting up a call between the two mayors as soon as possible and start the process of matching Pershore with Wyry.”