Speaking in a debate on the Planning for the Future White Paper, Harriett Baldwin calls for more emphasis on neighbourhood planning, small builders and efforts to reduce planning bottlenecks such as highways studies. 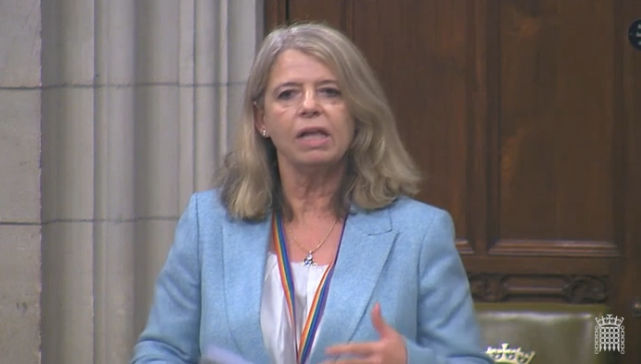 Thank you, Sir Charles. I add my congratulations to the hon. Member for Richmond Park (Sarah Olney) on securing this debate. I congratulate the Minister because, since he has been Housing Minister, we have achieved the magic target of 250,000 homes a year in this country.

On behalf of West Worcestershire, let me say that we are keen and positive on home building. We have been delivering at the pace of nearly 2,000 homes a year, and that has been generally very good for the area. However, while there is a lot to welcome in the “Planning for the Future White Paper”, there are also elements I would like to see the Government put more emphasis on in terms of local areas.

First, it has been mentioned before, but I want to put on record that the algorithm does not make any sense to me at all. It has ended up with something that is completely undeliverable for the Malvern Hills area, where we have floodplain and hills, and where we simply do not have the sites to deliver the numbers calculated by this algorithm.

However, the Minister starts from a very strong base. He has the 250,000 homes a year being delivered. Through his “Planning for the Future” consultation, he needs to make some incremental and more localist changes. I think a lot of colleagues this afternoon will mention similar things, along the lines of putting more emphasis on the small builder. I know that is in the White Paper, but it would be lovely to see it come out as part of the change in the direction of travel.

There should also be more emphasis on neighbourhood planning. If we ask communities to find sites for housing, we will be surprised how much more we find. In Malvern Hills, I have never been able to understand why some villages are categorised as not being able to have any development whatever because it is described as unsustainable. Many of my 78 parishes cannot build a single house. If we made things more granular, more incremental and more small scale and we worked with our neighbourhoods to develop them, we would end up producing those additional houses—that incremental development over and above the already significant numbers that are being delivered.

I want to feed in a point about the bottlenecks that builders tell me they find in local authorities in terms of highways engineers being able to do highways studies quickly enough. There are physically not necessarily going to be enough qualified people in this country to produce the studies required. Has the Minister thought about taking steps to ensure that that is addressed or simplified in some way?

I do not need to take up too much time, because I have made the point about smaller being better. Let us put more emphasis on the ability of smaller communities to add a little bit. Let us not hand a developer’s charter to these very large housing sites that only big developers can deliver. Let us unblock some of the issues that stop existing planning permissions being built out, through things such as ensuring that there is a good quality of highways engineers who can complete the studies. Let us move from the strong foundation that we currently have in house building by making some incremental changes that favour the little guy.