Speaking in the debate on the temporary arrangements for the sittings in the House of Commons, Harriett Baldwin asks about Adjournment debates and the postponed debate on flooding in Tenbury in particular. 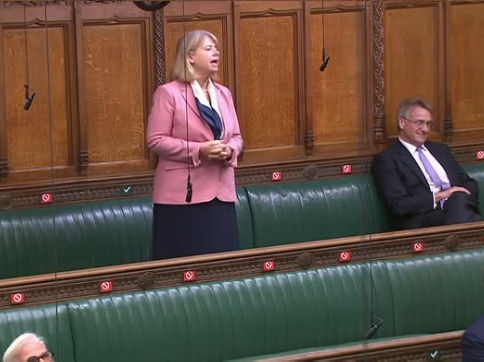 I join the Leader of the House in thanking everyone who has worked so hard to bring forward these arrangements. I would like to raise the subject of Adjournment debates. I declare an interest, because Mr Speaker has been kind enough to give me an Adjournment debate on the Order Paper for this week. Adjournment debates tend to be rather sparsely attended at the best of times, so I urge my right hon. Friend and the House of Commons Commission to find a way as quickly as possible for us to have Adjournment debates so that we Back Benchers can represent our constituents.

If I may, I will answer the question in two ways. We are looking to expand the digital offering so that we can carry out more business, hence legislation next week. It depends on for how long this situation goes on. The other part of the answer is that, for Members who cannot come to the Chamber and so that no Member is disadvantaged, what we are not doing virtually we will not do at all—beyond today and some motions that may have to be laid tomorrow. I was coming on to make that point, but it is only right that everything we do should be available to all Members in a virtual format as well as to the small numbers who will want to attend in person. In that process, I am sorry to say, Adjournment debates will be at the end rather than at the beginning, because we need scrutiny and legislation to be further up the list.

Let me again thank you, Mr Speaker, and your team for enabling us to return to raise this wide range of issues on which we will want to question Ministers. May I also put on record my thanks to the team from the Treasury Committee, who enabled us to meet quite a few times during the recess so that we could probe on the economic issues? My question is a parochial one, but it is none the less important to my constituents. Just over two months ago, the town of Tenbury Wells was badly flooded—it was the top story in the news at the time. Will the Leader of the House give an indication as to when the Adjournment debate that I have on the subject, which has now been postponed twice, will be able to be held?

My hon. Friend is absolutely right to praise those running Select Committees. Before we rose for Easter it was thought extremely difficult to allow Select Committees to meet regularly, and now by the time we have got back we can have a regular range of Select Committees meeting. It has been a hugely impressive effort by the parliamentary staff. As for Adjournment debates, as I mentioned earlier, it depends slightly on how long this procedure lasts. We will seek to extend it to cover more and more business the longer it lasts, but my hope is that we will be back to normal before that level of extension has been reached, in which case matters of Adjournment debates will be in Mr Speaker’s hands—and I have a feeling he will be sympathetic to requests to reinstate Adjournment debates where Members have been generous enough to allow them to not be taken.