Following the Health Secretary’s statement on covid-19, Harriett Baldwin asks him about the strategic goal of the new covid-19 restrictions that start in England on Monday. 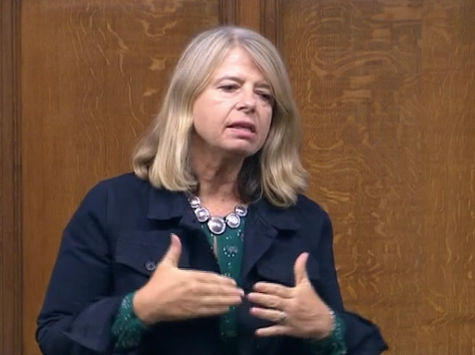 We accepted massive restrictions on our liberty in March because we wanted to protect the NHS from being overwhelmed, and we achieved that—indeed, not all the capacity was used. We are now imposing more restrictions on people’s liberty. Does the Secretary of State’s strategic goal for England continue to be to protect the NHS from being overwhelmed, or has he now gone further and is aiming for zero covid in England?

We did protect the NHS all the way through the peak, and this country can rightly be proud of the building of the Nightingale hospitals. We saw a hospital in China being built in two weeks and lots of people told me that we would never do that here, but we did it here in nine days. I am very proud of the team who delivered on that. The strategic goal is to keep the virus down. The problem is that if the R goes above 1 and the numbers start going up, they inexorably continue to rise. So it is not okay just to let it rise a bit; the problem is that once it is going up, it keeps going up unless we take action. That is one lesson we learned in the spring and we have re-learned it; we can see it if we simply compare what has happened in Spain, France and Belgium. In the first two, the curves have kept going up, whereas Belgium took significant action, similar to what we announced yesterday, and its curve has come down again. So that is why there is not a trade-off between taking action, even if it is tough action, and protecting the economy and, for instance, the ability to open schools. I hope that that answers my hon. Friend’s question. We have seen a number of countries around the world announce that they are going for an eradication strategy—indeed, the Scottish Government announced that—but this virus has shown that it is very, very hard to eradicate. We want to keep it under control while we pursue both the mass testing and then the vaccine, to deal with it once and for all.